Big Meech Net Worth: Big Meech is an American convicted drug dealer who had a peak net worth of $100 million. Big Meech earned his fortune while running The Black Mafia Family, an Amercian drug-trafficking organization that ultimately generated an estimated $270 million in illicit profits and employed around 500 people. The organization distributed thousands of kilograms of cocaine, operating in dozens of US cities.

He was born Demetrius Flenory in 1968 in Detroit, Michigan. Meech and his brother, Terry Lee Flenory, or "Southwest T" got their start by selling $50 bags of cocaine in Detroit while in high school. In the late 1980s they founded The Black Mafia Family which at its peak dealt cocaine across the United States with hubs in Atlanta, Georgia and Los Angeles, California.

Big Meech reportedly handled operations in Atlanta, while Southwest T was responsible for the L.A. branch of the organization. At its peak, the brothers were moving 2,500 kilos of cocaine every month in and out of Atlanta alone.

The Black Mafia Family is alleged to have made more than $270 million profits.

In 2000, the brothers founded BMF Entertainment in an effort to legitimize their business. Soon they became associated with a variety of acts, including Young Jeezy. Other BMF artists have included Bleu DaVinci, Calico Jonez, Nu Money, Baby D, Fee Money, and D-Boi.

Arrest: The Drug Enforcement Administration arrested the brothers in 2005. Both pleaded guilty to charges of money laundering and drug trafficking and they each received a 30-year federal prison sentence.

Investigators seized $21 million worth of assets including cash, jewelry, more than 30 cars and 13 homes located in Detroit, Atlanta and Los Angeles.

Release: The brothers were initially set for release in 2032. Terry Flenory was released in 2020 as part of an effort to stop the spread of COVID-19.

In June 2021, a federal judge reduced Meech's sentence by three years for good behavior. He is now set for release in 2028. 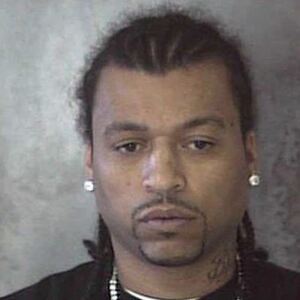