Andrew Luster Net Worth: Andrew Luster is an American heir who has a net worth of -$10 million. Andrew Luster was born in Las Vegas, Nevada in December 1963. Luster is the great grandson of the cosmetics giant Max Factor, Sr. He is an heir to the Max Factor cosmetics fortune and has been supported by a trust fund of over $3 million that he used to travel and surf at many beaches.

Luster was accused of giving three women the date rape drug GHB and raping them in 2002, 2003, and 2004. Luster was arrested and police officers found video tapes of him raping the women in question. In addition video tapes dating back to 1991 were discovered. He was convicted of 20 counts of drug induced rape, 17 counts of raping an unconscious victim, and many other counts including oral copulation by use of drugs and sodomy. He was sentenced 124 years in prison and ordered to pay a fine of $1 million. He disappeared and was captured by Dog the Bounty Hunter and taken into custody by Mexican authorities before being returned to the U.S. Luster is serving time at Mule Creek State Prison in Ione, California. His sentence has been reduced to 50 years and he has been ordered to pay a total of $40 million between two victims that won civil lawsuits against him. Luster later declared bankruptcy. 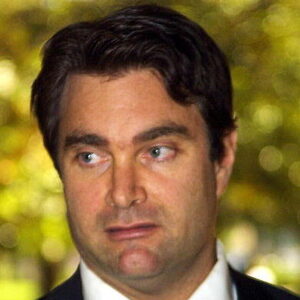