What was Amado Carrillo Fuentes' Net Worth?

Amado Carrillo Fuentes was a prolific Mexican drug lord who had a peak net worth of $25 billion. Due to his atmospheric level of wealth, it's not surprising that Fuentes was (and still is) considered to be one of the most powerful drug lords of all time. He was known for employing new, sophisticated technology in his criminal operations, particularly in regard to the use of aircraft to transport large quantities of cocaine. In 1997, Amado Carrillo Fuentes died after a botched plastic surgery operation.

Amado Carrillo Fuentes was born on December 17th of 1956 in the northwestern Mexican state of Sinaloa. He was raised alongside eleven siblings in a family with close ties to the Guadalajara Cartel through his uncle, who was the leader of the organization at one point. Fuentes' uncle, Ernesto "Don Neto" Fonseca Carrillo, brought him into the cartel at a young age soon made him a high-ranking lieutenant. Fuentes later brought his brothers and his son into the cartel.

While Don Neto was still in charge of the Guadalajara Cartel, he sent Amado Fuentes to oversee cocaine shipping operations in Chihuahua. During this time, Amado learned plenty of lessons from veteran drug smugglers such as Pablo "The Ojinaga Fox" Acosta Villareal and Rafael Aguilar Guajardo. Amado's father and one of his brothers later passed away under suspicious circumstances.

Rafael Aguilar Guajardo was, at one point, the leader of the Juarez Cartel, and Fuentes worked under him. In 1993, Fuentes seized control of the entire Juarez Cartel by assassinating Guajardo, his former boss. What followed has been referred to as "the city's worst and ongoing bout of criminal violence" as various figures in the cartel underworld vyed for power.

Later, Amado Carrillo Fuentes consolidated his power and began to build a multi-billion dollar drug empire with the Juarez Cartel leading the way. Fuentes invested heavily in sophisticated surveillance technology to spy on his rivals, and he also revolutionized the drug trade by relying on privately owned airplanes to smuggle drugs across borders.

It was during this time that Amado Carrillo Fuentes earned the nickname "El Señor de Los Cielos" ("The Lord of the Skies"). Eventually, Fuentes assembled a massive fleet of private jets, including over 30 Boeing 727s. In order to purchase these expensive planes, Fuentes also developed an extensive money-laundering operation in Columbia. He also started to work with some of the biggest names in the Latin American drug industry, including Pablo Escobar, Joaquin "El Chapo" Guzman Loera, the Tijuana Cartel, and the Beltran Leyva Cartel.

Amado Carrillo Fuentes eventually became so powerful and so influential that he was in danger of severely corrupting Mexico's government. Mexican people saw that Fuentes owned a house in the state of Morelos just three blocks away from the house of the governor, Jorge Carrillo Olea. Residents put two and two together and assumed that Jorge Olea was working with Fuentes. Jorge Carrillo Olea had already come under pressure for his inaction while drug violence swept through the area.

When Jorge Carrillo Olea resigned after increased pressure from the public, he was immediately arrested. This unnerved Amado Carrillo Fuentes, who by this point was already being pursued by DEA agents and Mexican Anti-Drug squads. He fled from country to country, hoping to find asylum in nations such as Cuba and Russia.

As a last resort, he agreed to an extensive plastic surgery operation that would completely restructure his face. Although he hoped this procedure would allow him to live a new life under a new identity, it ended in disaster. Something went wrong during the operation, and Fuentes passed away despite the best efforts of the surgeons. Those same surgeons were later tortured, killed, and encased inside concrete-filled steel drums.

What followed was another period of drug-fueled violence and uncertainty as various cartel leaders sought to fill the vacuum left behind by Fuentes. A restaurant shooting in Juarez carried out by members of the Tijuana Cartel seemed to target a few high-ranking employees of Fuentes' operation. The authorities were quick to seize Fuentes' assets, including $10 billion in bank account funds and 60 properties across Mexico that were allegedly being used to store drugs and weapons.

Among the properties owned by Amado Carrillo Fuentes was a massive estate with Arabic-influenced architecture. The mansion is nicknamed "The Palace of a Thousand and One Nights," and it still stands today as a testament to Fuentes' unbelievable wealth. Various Mexican politicians have demanded that the mansion be demolished.

Fuentes' wife survived the violence that followed her husband's death, as did his son, Vicente Carrillo Leyva. Unfortunately, his son was already heavily involved in the drug trade at the time of his father's passing, and he was arrested along with many of Fuentes' associates. To the credit of Amado Carrillo Fuentes, he had specifically told his son not to get involved in the drug business and even sent him to Mexico's most prestigious universities. However, Vicente disregarded his father's advice and later faced charges for money-laundering, firearms possession, and drug trafficking after his father's death.

The funeral of Amado Carrillo Fuentes has been called one of the most lavish and expensive in Mexico's history. Held in Sinaloa, the funeral dragged on for days and reportedly drew thousands of people who wanted to pay their respects.

Due to the legendary reputation of Amado Carrillo Fuentes as one of the biggest drug kingpins in history, he has been portrayed by various actors in a range of TV series. Netflix has aired three separate series that feature a characterization of Fuentes, including El Chapo, Narcos, Narcos: Mexico, and Surviving Escobar. These series were aired from 2017 to 2018. In addition, Telemundo created a series that focused entirely on Carrillo Fuentes, which was entitled El Señor de Los Cielos. The series ran from 2013 to 2019. Amado Carrillo Fuentes has been portrayed by actors such as Rodrigo Abed, Rafael Amaya, Jose Maria Yazpik, and Mauro Mauad. 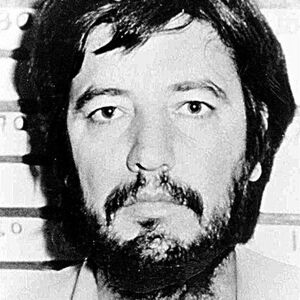