Zong Qinghou net worth: Zong Qinghou is a Chinese businessman who has a net worth of $11.6 billion which makes him one of the richest people in China. Zong Qinghou was born in Hangzhou, Zhejiang, PRC in October of 1945. Zong Qinghou completed secondary school, and then went to work at a salt farm near his mother's home. In the late 80s, he began selling milk to a mini-grocery. His milk operation grew to include selling soda, office supplies, and ice. Eventually it became the Hangzhou Wahaha Group, which is China's largest and most successful beverage supplier. The company was originally a joint venture with Group Danone, but Zong Qinghou, who was at this point the CEO of Wahaha, was accused of operating parallel companies and siphoning off money. He resigned his position as Chairman of the joint venture in 2007. He was China's richest man in 2010, and was widely viewed as a figure of Chinese success against European influences. However, of late, his reputation has been tarnished by the revelation that he had a European Green Card, and allegations of tax evasion. 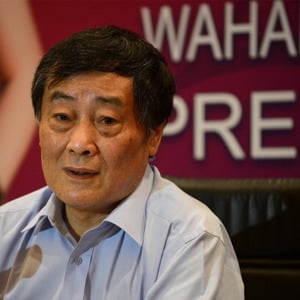