Zhou Qunfei net worth: Zhou Qunfei is a Chinese entrepreneur and businesswoman who has a net worth of $15 billion. She is the founder and CEO of Lens Technology, one of Apple's biggest component suppliers for the iPhone. Zhou Qunfei is known for being the richest woman in China and one of the richest self-made women in the world.

Zhou Qunfei was born in Xiangxiang, Hunan, China in 1970. Zhou Qunfei is an inspiration to many Chinese with her rags to riches story. Her mother died when Zhou was five years old. She quit school at 15 to become a migrant worker. Zhou Qunfei has said the secret to her success was her desire to learn.

She moved mountains to be able to study at Shenzhen University. To put herself through school she made watch parts at a small firm. After college she went to work at a factory.

In 2003 she founded Lens Technology to make touch-screens. The company landed a big break that same year when it was chosen by Motorola to manufacture screens for the Razr V3.

In 2007 Apple contracted with Lens to make screen coverings for their soon-to-be-launched iPhone.

Her company went public on the Shenzhen ChiNext market in March 2015. Today the firm employs over 100,000 people across 16 companies.

Wealth Drop: Between October 2018 and October 2019, shares of Lens Technology dropped more than 60% which resulted in a huge loss of paper wealth for Zhou Qunfei. Her net worth peaked at $7 billion in mid-2017. As of October 2018, her net worth had dropped $3.5 billion.

Wealth Recovery: Over the next 12 months, Lens Technology's stock soared. By December 2020 the company's market cap topped $130 billion. At that level, Zhou's net worth was $15 billion. 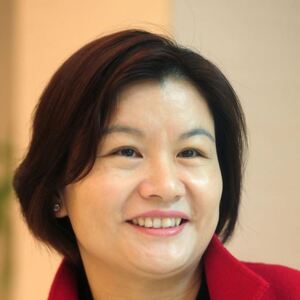