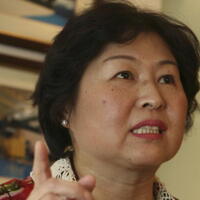 Zhang Yin net worth: Zhang Yin is a Chinese entrepreneur who has a net worth of $3.05 billion dollars which makes her the richest woman in China. Born in Shaoguan, Guangdong, PRC, Zhang Yin, also known as Cheung Yan, began her professional career working in a textile factory. From there, she moved to a paper trading company, and began to notice that there was a lack of paper packaging manufacturing occurring in China at that time. She opened her own paper packaging company in Hong Kong in 1985. She moved to Los Angeles five years later, and launched American Chung Nam, a paper exporting company, with her husband. It has been the largest paper exporter in the United States for the last 12 years. She then launched Nine Dragons Paper in Hong Kong, which is now China's largest papermaker. Nine Dragons buys scrap from the United States, ships it to China, recycles it, and then turns it into packaging for Chinese exports. Zhang Yin is the richest individual in greater China.