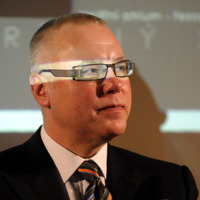 Zdenek Bakala net worth: Zdenek Bakala is a Czech entrepreneur, investor and philanthropist who has a net worth of $1.9 billion. Born (February 7, 1961) in Opava, Czechoslovakia, Zdenek Bakala emigrated to the USA at the age of 19. Bakala embarked on his professional career once he graduated from Dartmouth College with a Master of Business Administration. His early experience includes recruitment by Credit Suisse First Boston in 1990, when he headed up their Czech desk in New York, London and finally in Prague. Four years later, Zdenek founded Czech Republic's first private investment banking group Patria Finance that he sold to the KBC bank in 2001. In 2004, he became one of the co-founders of Bakala Crossroads Partners (BXR), which acquired control of the company Karbon Invest, and thus, among other things, took over a major interest in OKD (a chief Czech black-coal-mining company). In addition to mining industry, BXR Group also owns assets in the field of railway freight transport (AWT), immovable properties (RPG Real Estate or Tower Group), and many others. Furthermore, Bakala is active in media (he holds the majority shares of the publishing house Economia since 2008) and philanthropy (he stands behind Zdenek Bakala Foundation, the Václav Havel Library, and the DOX Centre). Thanks to his full involvement in a wide range of fields, from mining to media, across several European countries, he was ranked by Forbes as the 595th planet's richest person in March 2011. As for his private life, he is married with the former Miss Czechoslovakia Michaela Malacova, who runs beauty pageants in the Czech Republic. They have three children together.