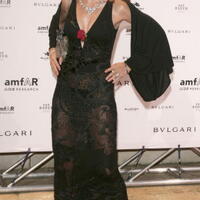 Yvonne Bauer Net Worth: Yvonne Bauer is a German publisher and media magnate who has a net worth of $3.5 billion. Yvonne Bauer is the daughter of the publisher Heinz Bauer. She belongs to the fifth generation of her family to manage Bauer Media Group. Founded back in 1875, the group has gradually turned into a media giant that now publishes 600 magazines in 37 countries worldwide. Bauer Media is also present in the States with titles like First for Women, Woman's World and In Touch Weekly. The group has never ceased to grow as it is always looking for new acquisitions and products mainly focused on radio, print and digital. Today, Bauer generates over $3 billion in revenue, of which 65% is generated outside of Germany. Digital business is a small but quickly expanding division of the company's revenues. Yvonne inherited her 85% stake in the company from her father Heinz in 2010. The remaining equity of the company is split equally by her three sisters, Mirja, Nicola and Saskia. Heinz Bauer remains a general partner.