Yoshikazu's career began with Sony, and soon moved on to work alongside Japanese billionaire Hiroshi Mikitani. Together, they built the online shopping site Rakuten. Ever since Tanaka heard about Friendster in 2003, he dreamed of creating a similar social network in Japan. Gree was created in his apartment in Tokyo as a hobby while he was working at Rakuten. In 2004, Tanaka left Rakuten and started his own company. Gree offered social networking as well as gaming. Today, the social network and gaming site has more than 200 million players. Tanaka began expanding to North America shortly after by purchasing IUGO Mobile Entertainment and OpenFeint.

Tanaka has conquered many obstacles along the way. He was up against strong competitors like DeNA and NTT DoCoMo, both multi-billion dollar companies. The Japanese Government accused Tanaka's site for controversial marketing tactics and had him apologize for his actions. The negative accusations lead Gree to lose about 40% of the company's share value. The large decline in stock value dropped Tanaka's net worth from nearly $4 billion to $1.9 billion.

To climb back to the top, Tanaka went on a spending spree in North America. His new goal is to dominate the mobile social networking gaming market. With Facebook primarily focused on their user base and Apple on iOS, Tanaka believes creating a social network dedicated to gaming is the next big niche. 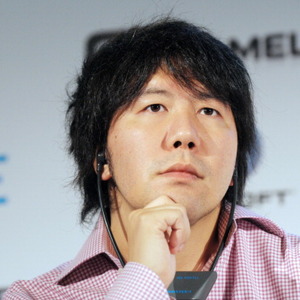