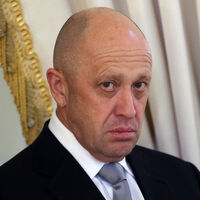 What is Yevgeny Prigozhin's Net Worth?

Yevgeny Prigozhin is a Russian oligarch who has a net worth of $1 billion. Yevgeny Prigozhin is known for his close association with Russian President Vladimir Putin. He runs a network of companies that include the paramilitary organization Wagner Group and a number of companies accused of interfering in the US elections in 2016 and 2018. Integrally tied to Russia's Ministry of Defence and the GRU, Prigozhin's operations have drawn sanctions internationally and criminal charges from the US.

Yevgeny Prigozhin was born on June 1, 1961 in what was then Leningrad, Russian SFSR in the Soviet Union. As a youth, he went to an athletics boarding school where he participated in cross-country skiing. Following his time there, Prigozhin became involved in crime, including theft and fraud; he was sentenced to 12 years in prison in 1981. Ultimately, he served nine years of his sentence.

Following his release from prison in 1990, Prigozhin opened a network of hog dog joints with his stepfather that became hugely lucrative. He also started investing, taking a 15% share in a Contrast grocery store chain franchise. Prigozhin went on to expand his operations to the entertainment hospitality industry, co-founding the first casinos in St. Petersburg. In 1995, he founded Concord Management and Consulting, which owns and operates Concord Catering and a number of restaurants. That same year, Prigozhin and Contrast director Kiril Ziminov opened the restaurant Old Customs House. Two years after that, the pair opened a floating restaurant called New Island, inspired by the waterfront restaurants in Paris. There, Prigozhin personally served food to such political leaders as Vladimir Putin and Jacques Chirac; he also hosted George W. Bush in 2002. In 2003, Prigozhin parted ways with his business partners and established his own independent restaurants. Moreover, he became Putin's close confidante and chef. 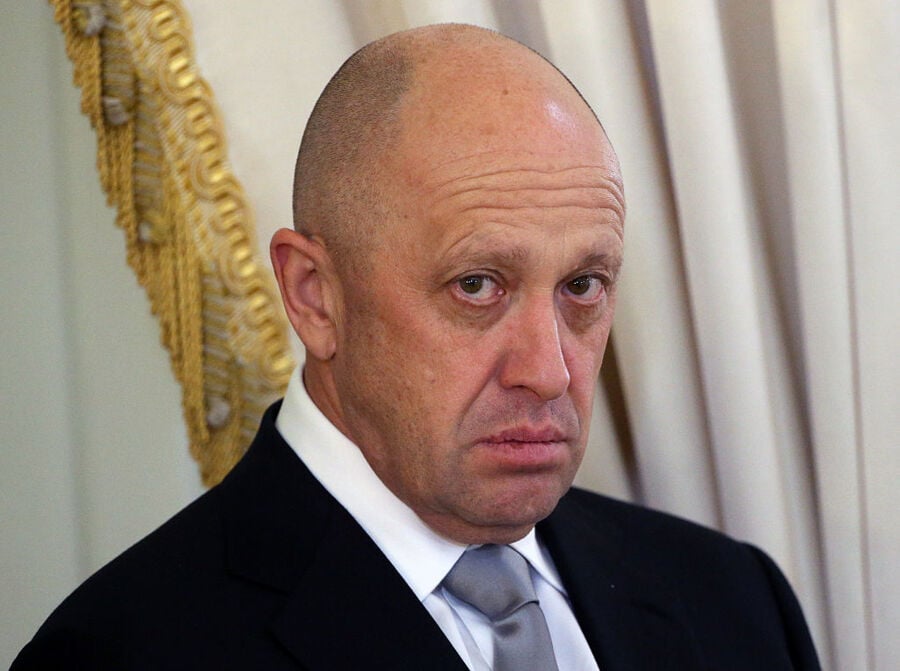 Since 2014, Prigozhin has been a leader of the Wagner Group, a Russian paramilitary organization that serves as Putin's de facto private army. Its contractors have reportedly taken part in numerous conflicts around the world, including in civil wars in Libya, Syria, Mali, and the Central African Republic, where they have fought on the sides of forces allied with the Russian government. Operatives of Wagner have been widely accused of war crimes, such as robbery, rape, and torture. In 2022, the group was tied to Russia's invasion of Ukraine, where members were alleged to have been ordered to assassinate Ukrainian leaders. Although Prigozhin denied his involvement with Wagner for many years, he finally conceded to founding the group in September of 2022.

Over the years, Prigozhin and the Wagner Group have been heavily involved in business and political endeavors in Africa, especially in the Central African Republic and Madagascar. In the former country, his associated company Lobaye Invest has mined for gold, diamonds, and various other minerals.

Reportedly, Prigozhin has been a financer and director of the Internet Research Agency, a Russian online propaganda organization accused of interfering in the 2016 US presidential election and 2018 midterms. Prigozhin has also been involved with two other companies alleged to have worked to undermine political events in the US and abroad.

Prigozhin and his companies have been the subjects of numerous sanctions and charges. In 2017, Concord Management and Consulting was sanctioned by the US in connection to the war in Eastern Ukraine. Other companies owned by Prigozhin that have been sanctioned include Evro Polis, Beratex Group, Autolex Transport, and Linburg Industries, many of which were sanctioned in response to interference in the 2016 US election. Meanwhile, the Internet Research Agency and some other companies were indicted by a US grand jury in early 2018, and Prigozhin was charged with funding and orchestrating operations to undermine the US electoral process.

In early 2021, Prigozhin was added to the FBI's wanted list; the following year, due to the Russian invasion of Ukraine, his assets and the assets of his family were frozen.

Prigozhin is married to Lyubov Valentinovna, a pharmacist who owns a network of boutique stores in St. Petersburg called the Chocolate Museum. She also runs the luxury day spa Crystal Spa & Lounge, the boutique hotel Crystal Spa & Residence, and the company New Technologies SPA. Prigozhin and Valentinovna have a daughter named Polina. They live on a compound in St. Petersburg with a helicopter pad and a basketball court. Prigozhin also owns a private jet and a 115-foot yacht.