Yelena Baturina is a Russian oligarch who has a net worth of $1.2 billion. Yelena Baturina has earned her net worth as the only Russian woman worth more than a billion dollars from her company known as Intec, which was founded in 1991. Inteco is a company founded on the plastic business as well as construction.

She was born on March 8, 1963 in Moscow, Russia where her husband Yuriy Luzhkovr was the mayor of Moscow from 1992 until 2010. This made her the 993rd richest person currently in the world. In 1995 Inteco was awarded the contract for the production of 85,000 seats to be added to the Luzhniki Stadium. Inteco sold its cement works and the company known as DSK-3 in 2005, for $1.1 billion, DSK-3 was known as a producer of prefabricated buildings, for the sum of $1.1 billion. In addition to Inteco, Baturina also owns a hotel in the Black Sea known as Sochi which is a vacation resort. This resort is located in Belgorod Oblast and it also includes a factory. This factory is known to produce more than one million cans of condensed milk per year. Baturina has two daughters and she is the president of the Equestrian Federation of Russia. 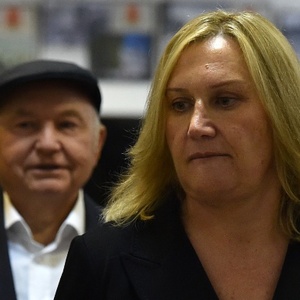