How much is William Koch Worth?

William Koch net worth: William (Bill) Koch is an American billionaire, art collector and sailor who has a net worth of $2 billion dollars. That net worth makes Bill Koch one of the richest people in Florida. William Koch grew up in Indiana. He is the son of Fred Chase Koch, the founder of Koch Industries which is one of the most successful oil companies in United States history. Today Koch Industries is the second-largest private company in the US, behind Cargill, with annual revenues north of $100 billion. Though it should be noted that Bill no longer has a stake in Koch Industries after he and brother Fred Koch sold their stakes to brothers Charles and David in 1983 for a combined total of $800 million. After the sale was completed, Bill became convinced that his other brothers short-changed him and/or drastically under-valued the business as a whole in order to buy him and Fred out cheaply. Bill subsequently launched a legal battle suing for a larger payout. Fred Koch somewhat reluctantly joined the lawsuit which dragged on for 15 years. In the end a jury agreed that some assets were undervalued, but not in a meaningful-enough way to justify any additional payout to Fred and Bill. When it was all said and done, Bill and Fred spent far more on lawyers than what they ultimately received. The lawsuit also caused a rift that severed the family to the point where when Fred would see twin brother David at charity events decades later, they would barely say hello.

William Koch is a staunch Republican supporter. He donated millions of dollars to Mitt Romney's 2012 Presidential campaign. An Old West enthusiast, he purchased the only remaining picture of Billy the Kid for $2.3 million, and had an entire faux ghost town taken from its location in Colorado and reassembled on his ranch at a cost of $3.1 million.

He is also a sailing enthusiast who won the 1992 America's Cup with a yacht called America 3. He spent $65 million on the efforts and, despite being a sailing amateur, sailed on the crew himself in the races.

Bill is famous as a collector of wine and art. His art collection features many nautical and sailing pieces. 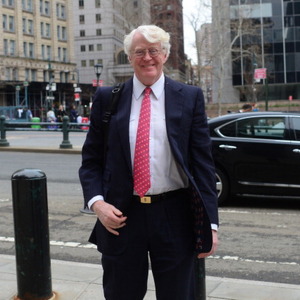