William Fung Net Worth: William Fung is a Honk Kong entrepreneur who has a net worth of $2.5 billion. Born William Fung Kwok Lun in 1949, he earned his wealth as one of the heirs of Li & Fung Group, the world's top supplier of clothes and toys. In 1906, Fung Pak-liu, his grandfather, started the company, which was later on managed by his father, Fung Hon-chu, and eventually, William and his brother, Victor, took over the family business.

Currently, the brothers own 32% of the controlling shares. A graduate of Princeton University who also holds a MBA of Harvard University, William served as Managing Director until 2012, when his brother handed over his Chairman's position to him after 23-years long leadership. Now, his elder brother, Victor, is an honorary chairman, and William serves as the Chairman. Moreover, Fung is an independent non-executive director of Singapore Airlines, CLP Holdings Limited, VTech Holding Limited, HSBC Holdings and Shui On Land. In 2011, the Fung brothers started the Fung Global Institute, donating $15 million to the Hong Kong nonprofit researchers. What's more is that the brothers hold an American citizenship. 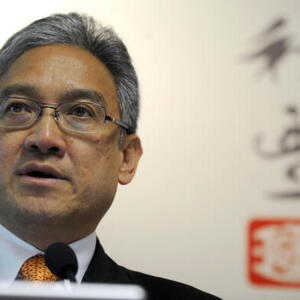