William Ackman was born on May 11, 1966. He is the son of Lawrence David Ackman, the chairman of a New York real estate financing firm, Ackman-Ziff Real Estate Group. Bill received a B.A. degree and graduated magna cum laude from Harvard College in 1988. He subsequently earned an MBA from Harvard Business School in 1992. In 1992, Bill Ackman founded the investment firm Gotham Partners, along with a fellow Harvard graduate. Gotham made small investments in public companies. In 2004, Ackman started Pershing Square Capital Management. In 2005, Pershing bought a significant share in the fast food chain, Wendy's, and successfully pressured Wendy's to sell its Tim Hortons doughnut chain. Wendy's spun off Tim Hortons through an IPO in 2006 and raised $670 million for Wendy's investors. After Ackman sold his shares at a substantial profit, the stock price collapsed, raising criticism that the sale of Wendy's fastest-growing unit left the company in a weaker market position. Ackman blamed the poor performance on their new CEO. Ackman's funds went on to own stakes in Target Corporation, Borders Group and others. Ackman's notorious battle with the MBIA (Municipal Bond Insurance Association), which began in 1992, was documented in a book written by Bloomberg News reporter Christine Richard called Confidence Game.

More recently Bill Ackman has earned headlines for his criticism of Herbalife. Ackman's stance is that Herbalife is a pyramid scheme. 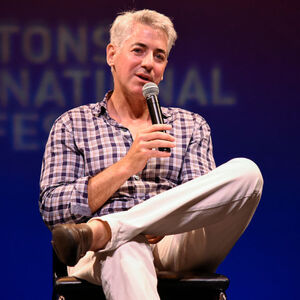