Wei Yin-Heng net worth: Wei Yin-Heng is a Chinese businessman and entrepreneur who has a net worth of $2 billion. Wei Yin-Heng is one of four brothers who founded the beverage maker Tingyi. Tingyi makes ready to drink tea as well as bottled water and instant noodles. The company formed an alliance with Shanghai Disney Resort in 2014 to become one of its two main drink suppliers.

The Wei family is also involved in real estate investing and the fried chicken chain Dicos. The company has had bad publicity due to a food safety scandal in which Wei Yin-Heng and 16 others were indicted on knowing the company was using animal-grade oil to make expensive cooking oils. He is facing a 30 year term in prison but has denied his involvement. Wei Yin-Heng is married with three children and lives in Shanghai, China. 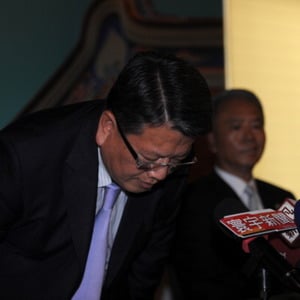