Wei Yin Chun Net Worth: Wei Yin Chun is a Taiwanese businessman who has a net worth of $2 billion. Being one of the four siblings who founded beverage producer Tingyi, Wei Yin Chun entered the billionaires' circles along with his brothers Ing-Chou, Ying-Chiao, and Yin-Heng. Based in Cayman Islands, the company holds 48% of the ready-to-drink tea business in China, as well as 26% of the bottled water sales and some 56% of the instant noodle sales during the third quarter of 2013.

Since February 2004, when Shanghai Disney Resort forged an alliance with Tingyi and PepsiCo, the two has been serving as main drink suppliers at Shanghai Disney Resort. However, Wei Yin Chun has gone through rough times last year as the family-invested Wei Chuan Foods that he oversees currently faces charges for food safety law violations. In addition, the Wei family holds interests in Taipei 101, the island's tallest building, and also they control the Dicos fried-chicken chain. 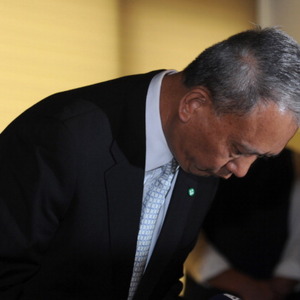