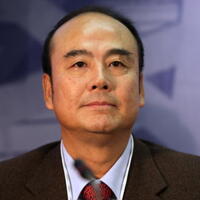 Wang Wei Net Worth: Wang Wei is a Chinese transportation and logistics entrepreneur who has a net worth of $22 billion. Having made his debut on the billionaires' list in 2012, Wang Wei prefers to keep a low profile running his unlisted company, SF Express, behind closed doors. He is so extreme in avoiding the public eye that when a notable Chinese magazine run a feature article on him last year, it didn't have a photo of him. Instead, there was an artist's conception of Mr.Wei. Very similar to the U.S.-based Fedex, his SF Express provides super-fast delivery throughout most of China's parts. It is now expanding into southeast region. Wang Wei saw an increase in his net worth last year after outside investors China Merchants Group, Oriza Holdings and CITIC Capital bought a 25% stake in his company for a reported $1.3 billion.

Net Worth details: Wang owns a 65 percent stake in S.F. Holding which owns S.F. Express, the largest parcel delivery company in China. Wang owns a 99.9 percent stake of Shenzhen Mingde Holdings Development. He received his shares of S.F. in 2017 when the company went public on the Shenzhen Stock Exchange. Wang is the owner of Hong Kong residential real estate. His company S.F. Express had revenue of $8.6 billion in 2016.