Wang Chuanfu Net Worth: Wang Chuanfu is a Chinese chemist and businessman who has a net worth of $4.3 billion. Wang Chuanfu has been accumulating his wealth as the founder, shareholder and chairman of BYD Company, a Chinese manufacturer of automobiles and rechargeable batteries. Even though born to a poor family in China, he recognized the importance of education at an early age.

Thus, Chuanfu earned his Bachelor's degree from the Central South Industrial University of Technology and then took his Master's degree from Beijing Non-Ferrous Research Institute. Upon graduation, he spent a couple of years working as government researcher, after which he decided to found his own, i.e., BYD Company. Since its foundation, the company has gradually turned into the largest non-government controlled automaker in China, as well as the biggest maker of mobile phone batteries in the world. Mr. Chuanfu saw his net worth grow for nearly $2 billion from a year ago as the share price of BYD increased. However, Wang Chuanfu was not the only person to benefit from the boost in shares as ten percent of the company is held by one of Warren Buffett's Berkshire Hathaway units. 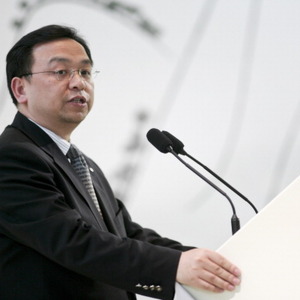