Vyacheslav Kantor Net Worth: Vyacheslav Kantor is a Russian businessman who has a net worth of $2.1 billion. Vyacheslav Kantor is the man who heads Acron, one of the largest fertilizer producers in Russia. As the son of a Moscow department store director, he established his own computer trading company right after his graduation from the Moscow Aviation Institute in the 1980s.

As the years passed by, he become close friend with the governor of Novgorod, Mikhail Prusak, who helped him buy a local fertilizer producer there, Azot. Once he acquired the company he renamed it Acron, which is now publicly traded. In 2013, he revealed his plans to sell up to 20% of Acron's shares on the secondary market, using the money to explore potassium deposits in Russia and Canada. An art appreciator, Vyacheslav Kantor collects paintings by Russian Jewish artists. Furthermore, he serves as president of the European Jewish Congress and prefers to spend his time at his mansion in London. 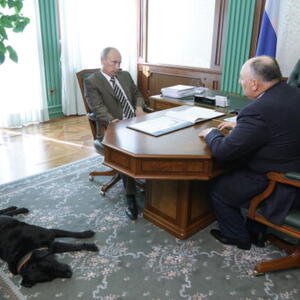