Vladimir Yevtushenkov Net Worth: Vladimir Yevtushenkov is a Russian tycoon who has a net worth of $9.9 billion. Born Vladimir Petrovich Yevtushenkov (Evtushenkov) on 25 September 1968 in the village of Kaminshchina, Smolensk Region, he is a vast shareholder of Sistema, one of Russia's largest holding companies. After he graduated from the Mendeleyev Institute of Chemical Technology in 1973, he went on to acquire both Masters Degree and PhD in Economics.

Subsequently, he got the chance to serve in great positions in many companies such as the Karacharovo Plastics Works, Polymerbyt Scientific and Production Association. He also worked for the Moscow City Executive Committee in various capacities. It was in 1993 that Yevtushenkov founded Sistema with several partners, which nowadays holds shares in about 200 companies. As for his other interests, they include shares in toy stores and such oil companies as Russneft and Bashneft. Since 2000, he has been a member of the board of directors of the Russian Union of Industrialists and Entrepreneurs, and since 2002, he has been a part of the Chamber of Commerce and Industry of the Russian Federation. Furthermore, Yevtushenkov has served as a member of the Government Commission on Science and Innovation Policy, the National Council on Corporate Governance, and the Russian President's Council on Science and High Technology. What's more, he has served as Chairman of the Council of Trustees of the Development Fund for the State Russian Museum. 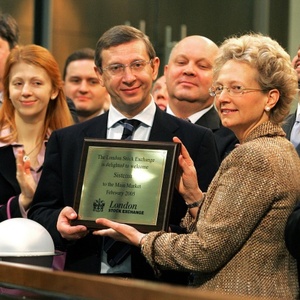