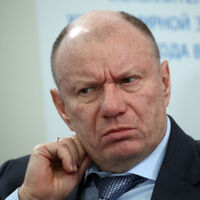 What is Vladimir Potanin's Net Worth?

Vladimir Potanin is a Russian billionaire oligarch who has a net worth of $35 billion. That makes Vladimir one of the richest people in Russia. At times he has been the richest person in Russia. He amassed his fortune largely via Boris Yeltsin's loans-for-shares scheme in the 90s, through which he acquired the mining and smelting company Norilsk Nickel. For a while, Potanin had a lucrative business partnership with Mikhail Prokhorov.

Vladimir Potanin was born on January 3, 1961 in Moscow, Soviet Union to a high-ranking communist family. As a teen, he went to the elite Moscow State Institute of International Relations, which was devoted to preparing students for service in the Ministry of Foreign Affairs. Potanin graduated from the school in 1983, and went on to work with the Ministry of Foreign Trade.

Along with his business partner Mikhail Prokhorov in 1991, Potanin established the private Moscow-based company Interros. A couple years later, he became the president of the newly created United Export Import Bank. Potanin continued to assert his financial power in post-Soviet Russia over the ensuing years. In 1995, he played a critical role in Boris Yeltsin's loans-for-shares scheme, which allowed the assets of Russian firms to be sold off below market prices. This system was central to the formation of the Russian oligarchy. Using the scheme, Potanin and Prokhorov purchased the mining and smelting company Norilsk Nickel.

Among his other prominent positions, Potanin served as the Russian Federation's First Deputy Prime Minister from 1996 to 1997. Following this, he became president and chairman of the board of directors of his company Interros. In early 2003, Potanin took control of the National Council on Corporate Governance, which works to create new ethical and professional standards of corporate governance for Russian companies.

Potanin and Prokhorov ended up going their separate ways in 2007, with Potanin unhappy with his business partner's criminal courting of prostitutes. Potanin intended to buy Prokhorov's stake in Norilsk Nickel, but the deal was refused; instead, Prokhorov sold his stake to industrialist Oleg Deripaska. Heated business disputes over Norilsk Nickel continued over the following years, however, causing Roman Abramovich to step in as a peacemaker. Abramovich ended up buying 6.5% of the company, effectively balancing power between Potanin and Deripaska. Through the deal, Potanin became Norilsk Nickel's new CEO. 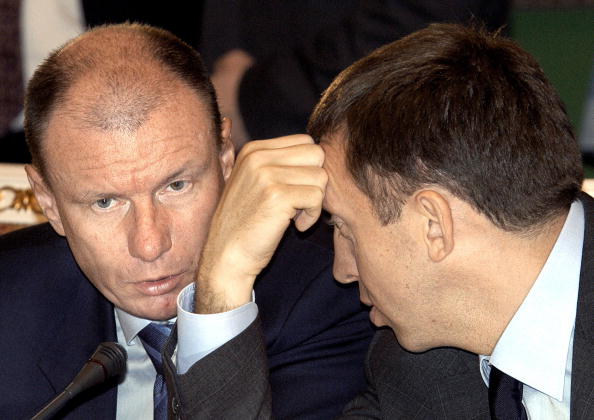 During Potanin's tenure as Norilsk Nickel CEO, the company has faced significant criticism for its destructive environmental impact. Due to the company's mining and smelting operations, the city of Norilsk is considered among the most polluted places on the planet. Potanin later declared that the company leadership would work to solve the problem, and that he would invest $17 billion over a span of seven years to modernize the facilities and reduce pollution. Despite this, ecological disaster has continued to plague the region, with a major oil spill occurring in May of 2020.

As a billionaire oligarch, Potanin has embarked on numerous business ventures. In 2007, he invested $2 billion in the development of a ski resort near Sochi, where the Winter Olympic Games were to be held in 2014. Potanin also invested $500,000 in the creation of a leopard-breeding program in Russia's Mzymta Valley. Significantly, he was the first major Russian investor to purchase assets in Iran following the lifting of sanctions against the nation. Potanin bought shares of the firm Pomegranate, which holds shares in various Iranian internet companies. He also owns a stake in the pharmaceutical company Petrovax Pharm.

In his other business endeavors, Potanin was elected chairman of the board of trustees of the State Hermitage Museum in 2003. He also served as a member of the board of trustees of New York's Solomon R. Guggenheim Foundation, a position he left in early 2022 following Russia's invasion of Ukraine. On the philanthropic side of things, Potanin runs the Vladimir Potanin Foundation. Moreover, he is the only Russian to have signed the Giving Pledge, a campaign for wealthy individuals to promise to donate at least half of their fortune to charity throughout their lifetimes. 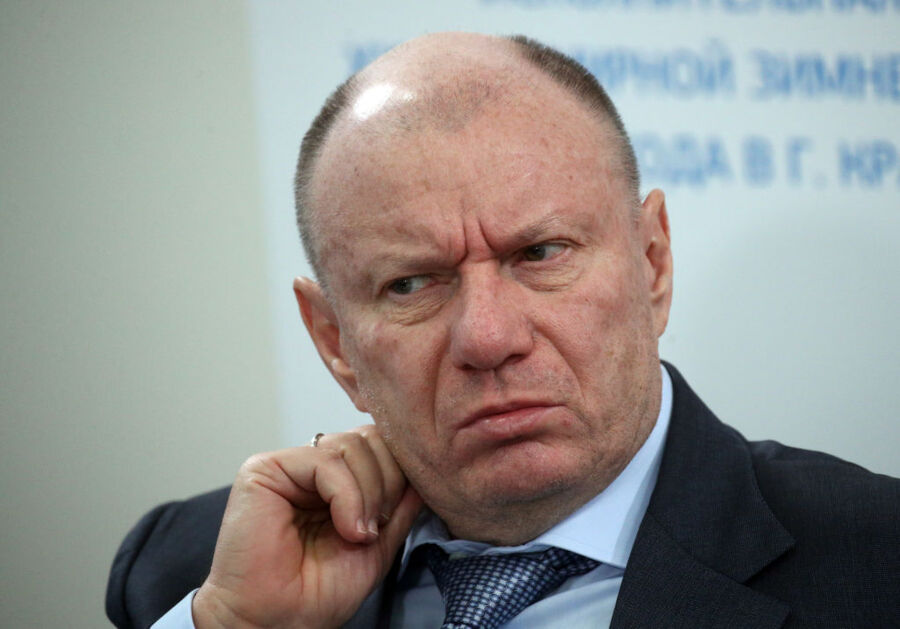 Potanin wed his first wife, Natalia, in 1983; they had three children before eventually divorcing in 2014. That year, Potanin married Ekaterina, with whom he has two kids.

Notably, Potanin owns three luxury yachts that were built for him by yacht-builder Oceanco. The names of the boats are Barbara, Nirvana, and Anastasia.

Vladimir Potanin owns a 30% percent stake in the publicly traded mining company Norilsk Nickel which produces nearly 13% of the world's nickel as well as 44% of the world's palladium. Over the years Potanin has earned more than $4 billion from dividends in the company and has made another $2 billion selling shares in buyback programs. He has also made $2 billion from selling his Rosbank stock. Potanin was one of the biggest private investors in projects for the 2014 Sochi Olympics and was formerly in a business partnership with Mikhail Prokhorov.