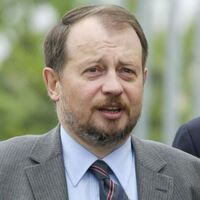 Vladimir Lisin net worth: Vladimir Lisin is a Russian steel tycoon who has a net worth of $19 billion dollars. At various times he has been the richest Russian person in the world.

Vladimir Lisin was born in Ivanovo, Soviet Union in May 1956. Lisin is the chairman and majority shareholder in one of the largest steel companies in Russia, Novolipetsk (NLMK). He holds parents on metallurgical processes and is seeing as a world authority on the subject. He is also the second richest man in Russia. He started working in 1975 as a mechanic after he studied at the Siberian Metallurgic Institute. He joined the Trans-World group in 1992. In 2000 he became the sole owner of Novolipetsk. Lisin holds stakes in transportation and logistics, energy, and utilities. He has received Doctorates in Metal Engineering and economics. He has served on the Board of Directors for Zenit Bank and the Novolipetskii Metallurgical Combine. Vladimir Lisin has published more than 100 articles on metallurgy and economics. He has been awarded with the Council of Ministers' prize in the science and engineering, the Knight of the Order of Honour of the Russian Federation, the Knight of the Order of St. Sergiy Radonezhsky, and the Honorary Metallurgist of Russia. Lisin is the President of the European Shooting Confederation and the Russia Shooting Union and built one of Europe's largest shooting ranges. He is also the vice president of the Russian Olympic Committee. Vladimir is married and has three children.

Net Worth details: Vladimir Lisin owns an 84 percent stake in Novolipetski Steel which produces the most steel in Russia. Lisin used dividends from the company to purchase United Cargo Logistics Holding. He owns Freight One as well as UCL Port and VBTH through UCL. Lisin also owns just under 10 percent of Bank Zenit. Novolipetski Steel had $8 billion of revenue in 2015 and produced 15.9 million tons of steel.