Vladimir Bogdanov Net Worth: Vladimir Bogdanov is a Russian oil magnate who has a net worth of $2.3 billion. Born Vladimir Leonidovich Bogdanov on 28 May 1951, he made his fortune as Chairman of Surgutneftegaz, one of Russia's biggest oil companies. A graduate of Tyumen Industrial Institute, Bogdanov served as Director General of the company in 1983, and the next year, at the age of 33, he was appointed as the Chief Executive Officer.

When the company went public in the early 90s, he started to serve as the President of Surgitneftegaz. Bogdanov is also playing safe with his economy by avoiding expensive purchases. Only once in his career, he attempted to buy an asset abroad: 21.2% of the shares of Hungary's MOL in 2009, but two years later, he sold the stake since he couldn't get a full control of MOL. In addition, Bogdanov is recognized as the "Siberian hermit" because he really leaves his town, Surgut, and perfectly avoids media attention. 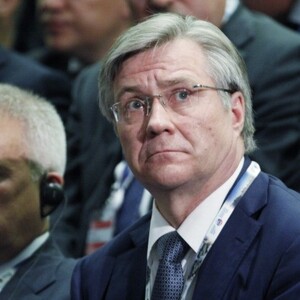