Vincent Tan net worth: Vincent Tan is a Malaysian billionaire who has a net worth of $1.6 billion. Vincent Tan is the owner of Cardiff City F.C. as well as the Chairman and Chief Executive of Berjaya Corporation Berhad, which manages a vast range of businesses that include golfing, property, resorts, and gambling.

He has turned over the chairmanship of his Berjaya conglomerate to son Robin, who also serves as chief executive. Also, Vincent runs the second pay-TV service in Malaysia, MiTV, that was launched in September 2005. Five years later he was listed for the first time among World's billionaires. Last August, he started the first RadioShack store in Kuala Lumpur and is planning to open some 1,000 more over the next 10 years. What's more, he caused a stir last summer after he changed the jersey colors of his Cardiff Football Club from blue to red with a new dragon crest. As of recent, he signed the Giving Pledge, committing to donate half of his wealth during his lifetime. 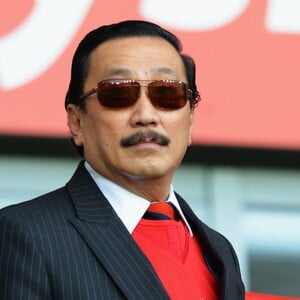