Vincent Bollore Net Worth: Vincent Bollore is a French industrialist, corporate raider and businessman who has a net worth of $8.8 billion. He has generated his abundant fortune as the Chairman and CEO of Bollore, a paper-energy-plantations-logistics conglomerate controlled by his family. Born on April 1, 1952, in Boulogne-Billancourt, France, he took a Master of Laws degree from the Universite Paris X Nanterre.

Upon his graduation, Bollore started his career as an investment bank trainee at Edmond de Rothschild. As for his personal investment career, it started once he took over the control of Bollore. What was founded as a paper manufacturer in 1822 by Bollore's ancestor Gwenn-Aël Bollore has turned into a diversified empire that includes an extensive portfolio. It was in 1981 that Vincent Bollore took up the reins of Bollore as both chairman and CEO, thus turning it into one of the world's 500 largest companies. Today, it is involved in African shipping, Asian palm-oil plantations, plastics, media, construction, logistics and more. In addition to the above, the group is also in charge of Autolib, an electrical car-sharing service in Paris. Encouraged by Autolib's success, Bollore has begun to sell its electric car called Bluecar to the wide public. Away from his daily duties at Bollore, he is an avid comic books collector with a collection that numbers 1,000 various editions of the genre. Married and a father of four, Vincent Bollore has been a close friend with former French President Nicolas Sarkozy. 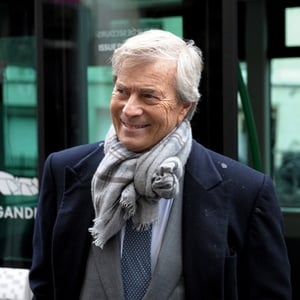