Viktor Rashnikov Net Worth: Viktor Rashnikov is a Russian entrepreneur who has a net worth of $9.2 billion. He was born Viktor Filippovich Rashnikov, on October 13, 1948 in Magnitogrsk, Russia. Viktor earned his wealth in the iron and steel industry thanks to the Magnitogorsk Metallurgical Enterprise. Already a graduate of Magnitogorsk Institute of Mining and Metallurgy, he set his career path in Magnitogorsk Iron and Steel Works (MMK) in 1967. Throughout the years, Rashnikov changed many positions in the company, until he was appointed Chief Engineer and First Deputy General Director in 1991. Several years later, Rashnikov became General Director of OAO MMK, and since 2005, he has served as Chairman of the Board of Directors. Also, he is a president of OOO "MMK Managing Company". Holding a PhD in technical sciences, Rashnikov has been chosen an Honored Professor of Moscow Institute of Steel and Alloys and Academician of the Russian Academy of Quality Problems. He is also an author of many scientific reports, engineering solutions and research papers, and he has won many eminent awards in his field. Besides MMK, he serves as the Chairman of the Union of Industrialist and Entrepreneurs of Chelyabinsk region, and invests in real estate. 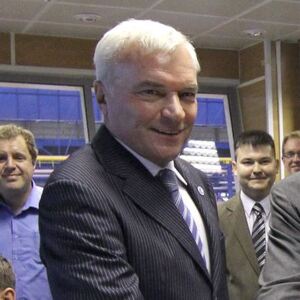