Vijay Mallya net worth: Vijay Mallya is an Indian businessman and politician who has a net worth of $1.2 billion. Vijay Mallya was born in Kolkata, West Bengal, India in December 1955. He graduated from St. Xavier's College, Calcutta. After graduating he interned at Hoechst AG in the United States. In 1983 he became Chairman of United Breweries Group when his father passed away.

The group now consists of more than 60 companies. The companies were consolidated under the name UB Group. United includes India's #1 beer Kingfisher. United Spirits Ltd. has sold 100 million cases and became the second-largest spirits company in the world by volume. Mallya ceded management control of the company in 2012 to Diageo. He is chairman of United National Breweries. Aside from alcohol the group of companies focuses on life sciences, agriculture, chemicals, engineering, aviation, and information technology. In 2007 he was part of a group who purchased the Formula One racing team Spyker. The team named changed to Force India F1 and then Sahara Force India. He has had a career in politics and is an Independent MP. Mallya has been recognized as Entrepreneur of the Year from The Asian Awards and as a "Global leader for tomorrow" by the World Economic Forum. 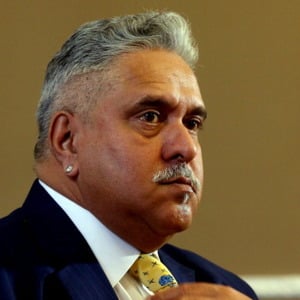