Victor Fung Net Worth: Victor Fung is an entrepreneur from Hong Kong who has a net worth of $2.4 billion. Born Victor Fung Kwok-king in 1945, he made his fortune as one of the heirs of the world's major supplier of toys and clothes Li & Fung Group. His grandfather, Fung Pak-liu, launched the company in 1906, which was later led by his father, Fung Hon-chu, and eventually, Victor and his brother, William, took over the company.

Now, the Fung brothers own 32% of the controlling stake. A graduate of MIT in Electrical Engineering who also holds a PhD in Business Economics from Harvard, Fung served as the Chairman of Li & Fung until last year, when he handed over his position to his brother, and became company's honorary chairman. Moreover, Fung served on many prestigious positions, including the Chairman of Airport Authority Hong Kong, Hong Kong University Council and Greater Pearl River Delta Business Council. Currently, he is the Co-Chairman of Think Tank and the Evian Group at IMD, and the Chairman of Hong Kong-Japan Business Cooperation Committee. Since 2008, Fung sits on the Chairman's position of the International Chamber of Commerce, and he has also been awarded with many eminent awards in the business field. In addition, the Fung brothers have an American citizenship. 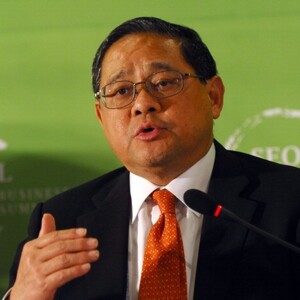