The company generates over $2 billion per year in annual revenue. At the time of his death, Vichai was the third richest person in Thailand. He was also notable internationally as the owner of several professional sports teams. Vichai Srivaddhanaprabha purchased the English soccer team Leicester City in 2010 for $50 million. After the team won the biggest underdog victory in sports history (the 2016 Premier League title) he became a God around Leicester City. He also saw the team's valuation jump from $50 million to $500 million and revenue more than triple. He owned the VR Polo Club in Bangkok, another soccer team in Belgium and he founded the Thailand Polo Association in 1998. King Power Duty Free, which he founded in 1989, has a monopoly on the retail operations at Bangkok's Suvarnabhumi and Don Muang airports. Vichai Srivaddhanaprabha also owns 4% of Thai airline Nok Air. He lived in Bangkok, Thailand was married with four children. Tragically, Vichai Srivaddhanaprabha died on October 28, 2018 at the age 60 as a result of a helicopter crash. 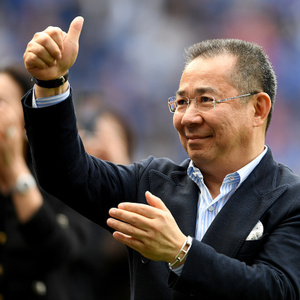