Venugopal Dhoot Net Worth: Venugopal Dhoot is an Indian businessman who has a net worth of $1.7 billion. Venugopal Dhoot enjoys his billionaire status thanks to Videocon, an Indian maker of electronics and appliances. Shareholder and head of the company, he saw a boost in his net worth on the back of a rise in Videocon's interests in oil and gas.

As the company's most valuable asset is considered the 10% stake in a Mozambique oil field which was estimated to cost around $2 billion. Other interests include a joint venture with Liberty Mutual Insurance Group, a general insurer, and Bharat Business, a provider of direct-to-home television services. Venugopal Dhoot does not manage the business all by himself. Recently, he had his brother move to Dubai in order to oversee the oil investments, whereas he appointed his son Anirudh to control the consumer durables business. 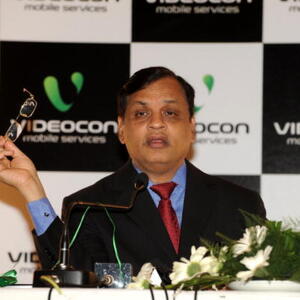