Vagit Alekperov net worth: Vagit Alekperov is a businessman who has a net worth of $3 billion dollars which makes him one of the richest people in Russia. Born in Baku, Azerbaijan, Vagit Alekperov graduated from the Azerbaijan Oil and Chemistry Institute in the mid-70s. He began working for the drilling company, Kaspmorneft, while still in school, and then became a full-time engineer for them after graduating.

He was promoted from engineer to head of his own production unit over the course of the next few years. He then moved to Siberia to work for Surgutneftegaz, another oil company. There, he quickly established himself as an expert, and subsequently became the director, or deputy director, of a number of oil production companies. In the early 90s, the government came calling, and he became the Deputy Prime Minister of the Oil and Gas Industry of the Soviet Union. He was instrumental in the creation and implementation of Langepas-Uray-Kogalymneft, Russia's first vertically integrated state-owned oil/energy company. That company has since changed its name to LUKoil. He is the company's largest shareholder, and its former President. 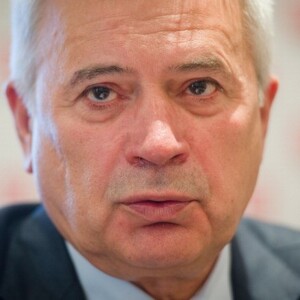