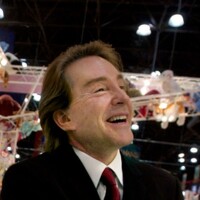 What is Ty Warner's net worth?

Ty Warner is an American toy manufacturer, businessman, philanthropist and hotel tycoon who has a net worth of $3 billion. Ty Warner earned his first fortune thanks to Beanie Babies which were an international phenomenon in the late 1990s.

Over the years Warner has used his outsized profits from the toy business to invest in a number of high-end hotels and golf course. As of this writing Ty Warner's hotel assets include:

Ty Warner was born in 1944 in Chicago, Illinois. He was named after the baseball player Ty Cobb.

Warner attended Lyons Township High School in Chicago, St. John's Military Academy in Wisconsin, and Kalamazoo College in Michigan for one year before dropping out to move to Los Angeles and pursue an acting career.

After not making it in Hollywood, Warner moved back to Chicago and began working for toy maker Dakin which manufactured many of the Warner Bros. and Disney official stuffed animal collectibles. Ty's father was a salesman at Dakin for many years and Ty went on to work for Dakin for two decades. During his time at Dakin, Ty earned a reputation for having "uncanny" sales instincts and eventually became the company's top salesman.

Unfortunately Ty was fired from Dakin in the mid-1980s after being accused of trying to sell his own toys to his Dakin clients.

After being fired he took a three-year sabbatical in Italy hoping to figure out what to do next with his life. At some point during this Italian sabbatical, Ty came to the conclusion that he needed to launch his own plush toy product. He returned to Chicago, mortgaged his house and invested his life savings into founding Ty Inc.

In 1993, Ty Inc. launched Beanie Babies. His strategy was to shun major chain stores and instead focus exclusively on independent retail outlets. This strategy helped turn Beanie Babies into a popular niche toy especially with Midwestern moms and kids.

Another strategy that ultimately became extremely successful was forced scarcity of the products. Ty Inc. began "retiring" its lines periodically. When a line was retired it quickly became a highly sought-after collectors item. This eventually turned into a full-blown mania, on the level of cryptocurrency or the dotcom bubble. Speaking of the dotcom bubble, the rise of the internet also helped stoke the flames of Beanie Babies' popularity. Ty Inc. used its website to offer advanced info on new releases and fans created hundreds of websites for trading and sharing tips. The newly-launched eBay also benefited from Beanie Babies. The online auction house was facilitating the sales of hundreds of thousands of Beanie Babies per month in the late 1990s.

At the height of the Beanie Babies' popularity Ty Inc. was profiting $700 million per year on $1.4 billion in gross revenue. 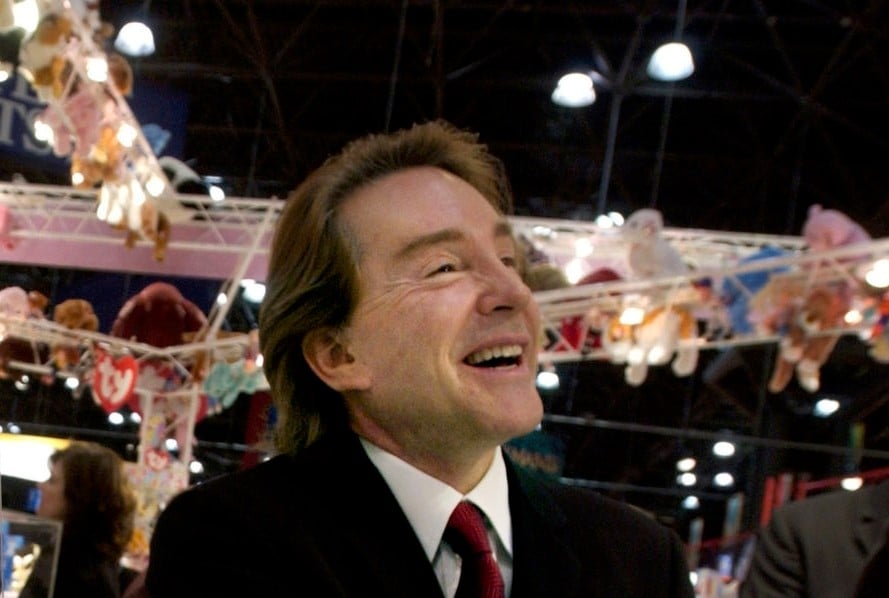 Warner has donated more than $6 million to the Andre Agassi Foundation for underprivileged children in Las Vegas and $3 million for the creation of Ty Warner Park in Westmont, Illinois. He has created a number of limited edition Beanie Babies to benefit the Elizabeth Glaser Pediatric AIDS Foundation and American Red Cross, among other charities.

Upon Princess Diana's death in 1997, Ty Inc. manufactured a "Princess" bear whose profits went to the Princess Diana Memorial Fund.

In 2012 Ty was lost in Santa Barbara, California. He pulled into a parking lot and asked a women for directions. During their interaction Ty learned that the woman was in the parking lot trying to raise money for a life-saving stem-cell procedure. Ty cut her a $50 check on the spot to thank her for the directions. A week later the woman found a $20,000 check in the mail from Warner.


In 2014 Warner was sentenced to two years probation for tax evasion. Since From 1996 until 2010, Warner had kept a portion of his money in an off-shore account that eventually ballooned to $107 million. It is believed his philanthropic efforts helped him receive a lenient sentence.


Warner has never been married and has no children.

Ty's primary residence is a 6.6 acre estate in Montecito, California. He combined two properties over two transactions. He bought the first lot in 1999 for $3.5 million. He bought the neighboring lot in 2004 for an undisclosed amount. One of the lots already featured a 5,300 square-foot home that still exists today. In 2008 Ty built a brand new 18,000 square-foot mansion on the property.

In September 2021 Warner's ex-girlfriend sued him for $200 million. The figure was based on her $400 million estimation of the property's value. According to county records the home has an assessed value of $160 million.

Between his personal properties and hotel/resort/golf course properties, Ty Warner is the largest tax payer in Santa Babara county.