Torbjorn Tornqvist Net Worth: Torbjorn Tornqvist is a Swedish businessman who has a net worth of $2.6 billion. Torbjorn Tornqvist made his wealth as co-founder of Gunvor Group, one of the largest commodities conglomerates worldwide. The globally-spread oil trader is said to have generated $93 billion in revenue in 2012, and continues to benefits from its diverse holdings that include refineries, pipelines, terminals and mining operations.

Being present in 35 countries so far, Gunvor Group is considered to be the world's fourth largest commodities trader after Vitol, Glencore and Trafigura. Torbjorn Tornqvist made his beginnings at British Petroleum in 1977, shortly after his graduation from Stockholm University. After subsequent stints at Scandinavian Trading Co. and Intermaritime Group Petrotrade, he decided to form Gunvor's predecessor company in Estonia in 1997. Its main operation was export of Russian crude oil. In 2000, he already established Gunvor along with Russian billionaire, Gennady Timchenko. He acquired his partner's 43% share in the company right before Timchenko was hit by sanctions from the U.S. Treasury. 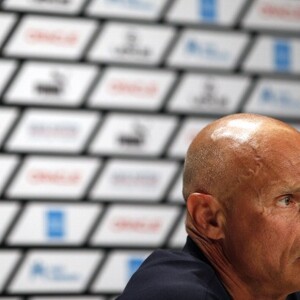