Tom Hicks Net Worth: Tom Hicks is an American 'leveraged buyout' businessman and former professional sports team owner who has an estimated net worth of $1 billion dollars. Tom Hicks was born on February 7, 1946 in Dallas, Texas. He received his Bachelor's degree in Finance from the University of Texas in 1968, where he was a member of the Sigma Phi Epsilon fraternity; and received his MBA from the University of Southern California in 1970.

Hicks became interested in leveraged buyouts as a member of First National Bank of Austin's venture capital group. Hicks and Robert Haas formed Hicks & Haas in 1984 and the following year bought Hicks Communications, a radio company run by Hicks' brother Steven – the first of several media companies bought or created by the buyout firm that involved Steven. In the mid-1980's Hicks & Haas bought Dr. Pepper and 7-Up and took Dr Pepper/7 Up public just 18 months after merging the two companies. In all, Hicks & Haas turned $88 million of investor funding into $1.3 billion. Hicks is the former owner of the National Hockey League's Dallas Stars, which he purchased in 1995 for $85 million. He is also the former owner of the Texas Rangers of Major League Baseball. He is also the former owner of Liverpool, F.C. 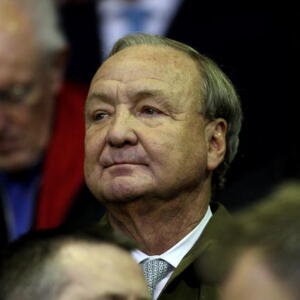