Tom Benson net worth: Tom Benson was an American businessman best known for his ownership of NFL team the New Orleans Saints. Tom Benson had a net worth of $2.8 billion at the time of his death in 2018. Tom Benson's net worth was accumulated through a variety of business ventures, starting with the fortune he made by investing in local banks during his time as the owner of several automobile dealerships.

Despite his massive success, he continued to retain ownership of several car dealerships, both in the greater New Orleans, Louisiana area and in the area around San Antonio, Texas. Benson courted controversy back in 2005 in the aftermath of Hurricane Katrina. After that storm made the New Orleans Superdome impossible for the New Orleans Saints to play that season, he arranged for the team to temporarily find a new home in San Antonio. New Orleans residents were then shocked and outraged when the mayor of San Antonio made the claim that Benson was planning on permanently relocating the team to San Antonio – a claim that Benson eventually denied in a firm but non-committal fashion. He would later state that he was committed to keeping the Saints in New Orleans "forever, as long as the community commits to me. Tom Benson passed away on March 15, 2018. 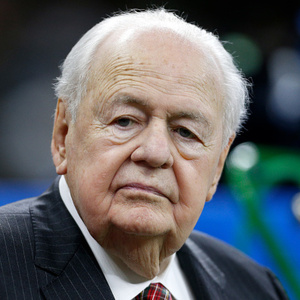