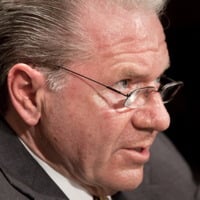 Thomas Peterffy net worth: Thomas Peterffy is a Hungarian-born American billionaire who has a net worth of $17 billion which makes him one of the richest people in Connecticut. Born in Budapest, Hungary, Thomas Peterffy moved to the US in the mid-60s, where he subsequently learned English. He graduated from Clark University with a BS, and began his professional career as a computer programmer, designing trading software. Soon after, he bought a seat on the American Stock Exchange and began doing his own trading. Fast-forward to the early 90s, and Mr. Peterffy launched his own company, Interactive Brokers, an electronic brokerage firm. The company was incredibly successful, and its investors received a $1 billion payout in 2010. The firm decided to buy MF Global in late 2011. However, Interactive cross checked the company, and uncovered evidence that MF Global had actually lost millions of dollars for its customers. MF Global closed down, and the deal was never finalized. When not running Interactive, Mr. Peterffy cares for a number of horses at his estate in Greenwich, Connecticut.

Net Worth details: Thomas Peterffy owns a 74.9 percent share of Interactive Brokers Group. His shares are owned through IBG Holdings which he also owns 88.7 percent of. Peterffy earned about $1 billion through Interactive Brokers Group's IPO in 2007 and he has collected $3 billion worth of dividends. Peterffy has stated that he has paid just under $2 billion in taxes during his lifetime.