How much is Thomas Kwok Worth?

Thomas Kwok net worth: Thomas Kwok is a Hong Kong businessman who has a net worth of $16 billion. Thomas Kwok was born in Hong Kong in 1951. Thomas is the joint-chairman and managing director of Sun Hung Kai Properties which is the largest property developer in Hong Kong. Thomas is the brother of Walter Kwok and Raymond Kwok who is another joint-chairman of Sun Hung Kai Properties. The Kwok brothers are the 3rd wealthiest people in Hong Kong and the Greater Chain Region. They inherited SHK Properties in 1990 after their father Kwok Tak Seng passed away. Thomas earned a Master of Business Administration degree from London Business School, University of London and a Bachelor's degree from Imperial College, University of London. Thomas and his brother Raymond were arrested on bribery charges in March 2012. They pled not guilty to corruption charges involving payments and loans to Hong Kong's former #2 official Rafaeul Hui in March 2013. Thomas set up a church on the 75th-floor pyramid atrium atop Sun Hung Kai's Central Plaza office complex in the 1990s. 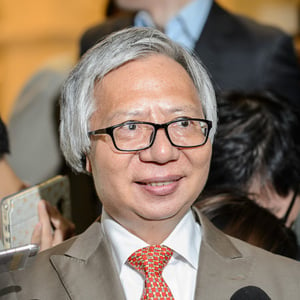