Thomas Kaplan Net Worth: Thomas Kaplan is an American entrepreneur and investor who has a net worth of $1 billion dollars. Having accumulated his riches in the finance sector, Kaplan is best known for serving as the Chairman and CEO of The Electrum Group LLC, a New York City-based investment, advisory and asset management firm with a principal focus on the natural resources sector.

Born Thomas S. Kaplan in 1962 in New York City, he was raised in Florida. He studied at the Oxford University graduating with a Bachelor, Masters and Doctoral degrees in History. In 1991, he started to work for an Israeli investor, Avi Tiomkin, as a junior partner before starting his own business ventures. Initially, he served as a consultant to hedge funds specializing in strategic forecasting in financial markets. In 2003, he set up Apex Silver Mines Ltd that focused on fundamentals of metals. While working for the company, he financed one of the largest mining of silver and zinc in the world, the San Cristobal deposit located in Bolivia. In 2004 he retired from the company, leaving it with a value of more than $1 billion. In the meantime, in 2003, Thomas Kaplan co-founded Leor Exploration & Production LLC that was mainly focused on hydrocarbon exploration in the States. Few years later, he sold his assets in the company for $2.55 billion. In the same period, he invested in African Platinum Plc, a metal mining company, which eventually brought him $580. In addition to the above, Kaplan has also served on many boards in different capacities. He is the Chairman of NovaGold Resources Inc. and the executive chairman of a charity organization, Panthera Corporation. He has served on the Board of Electrum Ltd as Chairman, and Golden Minerals Company as Chairman and Director. He has also been a director at NovaCopper Inc and TechnoServe. His love for wildlife conservation made him set up the Orianne Society and he also supports many wildlife conservation organizations.

He is married to Dafna Recanati, with whom he has three children. 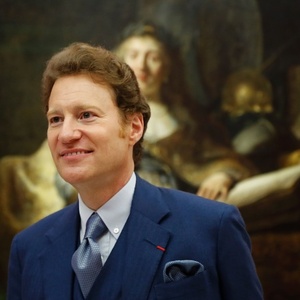