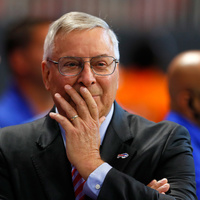 Terrence Pegula net worth: Terrence Pegula is an American billionaire who has a net worth of $8 billion. That makes him one of the richest people in Florida. Born in Carbondale, Pennsylvania, Terrence Pegula, aka Terry Pegula, graduated from Pennsylvania State University with a BS in Engineering, though he began his study at the school as a math major. He began working for Getty Oil just after graduating, and then branched out on his own. He first achieved success after founding East Resources, a natural gas drilling company, in 1983. In 2000, he also bought up Pennzoil Assets. In 2010, he sold East Resources to Royal Dutch Shell for $4.7 billion. He then used a portion of his funds to purchase the Buffalo Sabres NHL team and the Buffalo Bandits lacrosse team for $189 million. He also gave an $88 million donation to Penn State to aid in the construction of their new Pegula Ice Arena, and gave another $12 million to Houghton University for their Kerr-Pegula Sports Complex. On September 9, 2014, it was announced that a group of investors led by Terry had won the right to purchase the Buffalo Bills NFL franchise for $1.4 billion. Terry's group beat out competing bids from a group led by Jon Bon Jovi and another group led by Donald Trump.