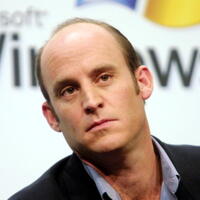 Ted Waitt net worth: Ted Waitt is an American businessman and philanthropist who has a net worth of $800 million. He is best known for being a co-founder of Gateway, Inc and for being the one-time boyfriend of Ghislaine Maxwell. In 1998, at the peak of his success and the nearly the peak of the dotcom bubble, Ted was a multi-billionaire with a paper net worth of $4 billion. That's the same as around $6.4 billion today. His net worth tumbled in the wake of the dotcom bubble's crash and as Gateway experienced greater competition from companies like Apple and Dell.

Ted Waitt was born in Sioux City, Iowa in January 1963. He did not earn a college degree before he started what was then called "Gateway 2000" with his brother Norm Jr. and Mike Hammond in 1985. Gateway started on Ted Waitt's father's cattle ranch which is why their boxes have a black and white Holstein cow pattern. He led the company's move to Poway, California in 1998 and then gave up his post as CEO in 1999 only to return to it in 2001. Gateway acquired eMachines in 2004 and Waitt turned over operations of Gateway and the CEO title to Wayne Inouye. He resigned in 2005 after a 20 year run as the chairman of the company.

In 2002 he sold $1.1 billion in Gateway stock and the company was acquired by Acer Inc. in 2007 for $710 million. Ted Waitt has also served as the chairman of the Salk Institute for Biological Studies Board of Trustees.

Personal Life: He has been married twice. After his marriage to first wife John Theresa Peschel ended, he reportedly paid her $100 million.  and was romantically linked to Ghislaine Maxwell after her relationship with Jeffrey Epstein ended.

In July 2020 Ted paid $34 million for a home in Malibu, California. The seller was t-shirt tycoon James Perse. "The X-Files" creator Chris Carter sold the home to Perse in 2010 for $16 million.