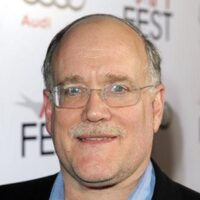 Ted Field net worth: Ted Field is an American film producer, media mogul, and entrepreneur who has a net worth of $30 million. At various times in his life, Ted has been referred to as a "billionaire", however a 2017 lawsuit alleged that at his absolute peak his net worth was $100 million. And that wealth peak was several decades ago. In 2018 Ted was revealed as #4 on California Franchise Tax Board's list of Top 500 delinquent taxpayers with a debt of $20.6 million.

Ted Field was born in Chicago, Illinois in June 1953. He is an heir to the Field family fortune. His father, Marshall Field IV, owned the Chicago Sun-Times and his mother, Katherine Woodruff Fanning, worked as a newspaper editor.

During his film career Ted Field has served as a producer for many popular and successful films. His producing resume includes Revenge of the Nerds, Three Men and a Baby, Cocktail, Bill & Ted's Excellent Adventure, Arachnophobia, Bird on a Wire, The Hand That Rocks the Cradle, Jumanji, The Tie That Binds, Operation Dumbo Drop, Mr. Holland's Opus, The Associate, Kazaam, What Dreams May Come, Runaway Bride, Teaching Mrs. Tingle, The Last Samurai, The Texas Chainsaw Massacre, The Chronicles of Riddick, The Amityville Horror, The Heartbreak Kid, Bad Teacher, Spring Breakers, and more. Field won a Primetime Emmy Award in 1990 for A Mother's Courage: The Mary Thomas Story.

Outside of music, Ted Field is the co-founder of Interscope Records which was responsible for some of the most successful rock and hip-hop musical acts of the last 30 years. He co-founded Interscope with Jimmy Iovine. In 1996, MCA Inc. purchased 50% of Interscope for $200 million. Interscope has launched the careers of 2Pac, Snoop Dogg, Eminem, Lady Gaga among many many others.

Disputed wealth: At various times, Ted Field's net worth has been estimated to be north of $1 billion. In a lawsuit, he was forced to admit that his peak net worth was $100 million and that was decades ago. He also confirmed that he has been in debt for the majority of his adult life. In judgment debtor examination, Ted revealed that he currently is working under a payment plan with the IRS, lives in an AirBNB thanks to a family loan and drives a 2009 Nissan that needs work. At the same time, he was the executive producer behind 2017's smash hit Jumanji which earned $960 million worldwide. He also executive produced 2019's Jumanji sequel. Though he was forced to assign some of his film earnings to satisfy debts.