He continued to serve on the State Council until 2008. Jiaxuan joined the Communist Party of China (CPC) in November 1973. In 2009, Tang published Jing Yu Xu Feng, a memoir covering ten years of his experiences in China's Foreign Ministry from 1998-2008. It was translated into English and published by Harper in 2011 as Heavy Storm & Gentle Breeze: A Memoir of China's Diplomacy. He attended Fudan University, majoring in English Language and graduated from the Oriental Languages Department of Peking University, majoring in Japanese Language. 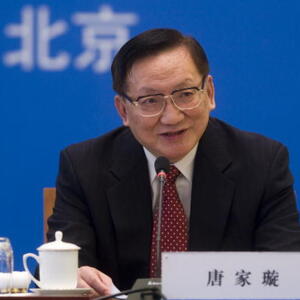