Taizo Son net worth: Taizo Son is a Japanese businessman who has a net worth of $3 billion dollars. Taizo Son is the younger brother of Masayoshi Son, the CEO of Softbank and Softbank Mobile, and the chairman of Sprint. In 2002, Taizo Son launched a gaming company called GungHo Online Entertainment, Inc.

He owns 27.8 percent of the company, and his older brother owns 40 percent. The first game the company developed was called, "Puzzles and Dragons". It has become the best-selling game for both Apple's iPhone and Android phones using Google software, in the world, and has been downloaded by 13 million iPhone users in Japan. The game is considered the "Angry Birds" of Japan, and is currently being played by 10 percent of the country's population. Until recently, GungHo flew under the radar, but the company's revenue has multiplied ten times in 2013 alone. This is the first year that Taizo Son has appeared on international wealth rankings lists. 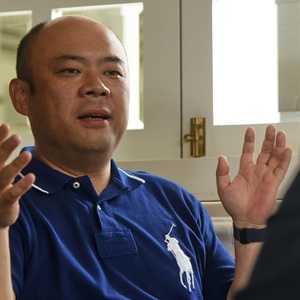