Tadashi Yanai Net Worth: Tadashi Yanai is a Japanese entrepreneur who has a net worth of $42 billion. A businessman and CEO, Tadashi Yanai is the President and founder of the Japanese company, Fast Retailing, which is the umbrella company for Uniqlo retail stores. The first Uniqlo store was opened in 1984 in Hiroshima and the company has since gone global with annual revenues topping $11 billion 2012. Tadashi Yanai is currently the richest man in Japan.

Net Worth details: Tadashi Yanai owns a 46 percent stake in the largest apparel maker in Asia, Fast Retailing. His net worth includes shares that are owned by his two sons and his wife as well since he serves as chairman of the company and is also the founder. Yanai owns a 17 thousand square foot home that sits on two acres near Tokyo. He purchased the land alone for $78 million in 2000 and then reportedly spent $50 million on construction costs. Yanai owns the Kapalua Plantation Golf Course in Hawaii which he paid $50 million for and Kapalua Bay which he paid another $24.1 million for.

He was born on February 7, 1949, in Japan. Tadashi Yanai is the founder and president of Fast Retailing, Asia's largest apparel company. Fast Retailing is the umbrella company for Uniqlo retail stores. Once Yanai opened the first Uniqlo store in Hiroshima, the company has acquired global dimensions. The most recent addition to the fast-growing company happened in Indonesia with the opening of its first Uniqlo store there. Fast Retailing also owns such brand names as Theory and Helmut Lang. Building a whole empire out of one shop for Tadashi Yanai meant making many mistakes and even more attempts to do it better the next time. At one point, he even said: "I might look successful but I've made many mistakes. People take their failures too seriously. You have to be positive and believe you will find success next time." Most recently he announced he would retire in 2014, as succession is already in the works. According to speculations, Yanai's two sons are likely to take the helm. To date, Tadashi Yanai has earned numerous honors and recognitions for his work including the 2010 International Retailer of Year award from the National Retail Federation in US, as well as he was chosen as best company president in a survey of Japanese corporate executives by Sanno Institute of Management in 2008 and 2009. 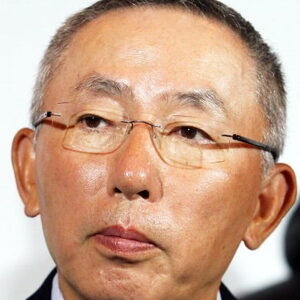