Sunil Mittal net worth: Sunil Mittal is an Indian telecommunication mogul and philanthropist with a net worth of $6.6 billion. Sunil Mittal acquired that net worth by founding the giant telecom company, Bharti enterprises, which is the biggest mobile phone provider in India. Born in Ludhiana, Punjab, India, Sunil Mittal graduated from Punjab University in the mid-70s. He started his first business, a bike parts manufacturing company, just after graduating. He then launched Bharti Overseas Trading Company with his brother, and relocated to Mumbai to conduct business. After a failed attempt to launch an imported generator business, he began manufacturing push-button phones, which were not yet available in India. The success of his phone business allowed him to expand into the manufacturing of fax machines, cordless phones, and other telephone accessories. In the early 90s, he launched one of India's first mobile phone companies, by partnering with French mobile company, Vivendi. Bharti Cellular Limited, began offering cell service in 1995, and has since expanded rapidly. Mr. Mittal now has multiple holdings, including Wal-Mart in India, all of which are managed by his corporation, Bharti Enterprises. He serves as the company CEO. 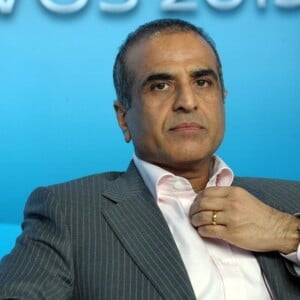