How much is Sultan Hassanal Bolkiah Worth?

Sultan Hassanal Bolkiah Net Worth: Sultan Hassanal Bolkiah is the 29th and current Sultan and Yang Di-Pertuan of Brunei who has a net worth of $20 billion. Serving as Brunei's head of state since 1967, Hassanal Bolkiah is one of the richest people in the world. He was born on 15 July 1946 in Brunei Town (now Bandar Seri Begawan) as Pengiran Muda (Prince) Hassanal Bolkiah. As a future Sultan, he got high school education at Victoria Institution in Kuala Lumpur, after which he studied at the Royal Military Academy Sandhurst in the UK. On 4 October 1967, he was named a Sultan of Brunei right after his father's abdication. Following his 1968 coronation, he has been knighted by Queen Elizabeth II of the United Kingdom, of which Brunei was a protectorate until 1984. Sultan Hassanal Bolkia's official residence is the Istana Nurul Iman palace, which is the biggest palace in the world. A great fan of cars, he is said to have over 7,000 automobiles, most of which are high-performance vehicles. 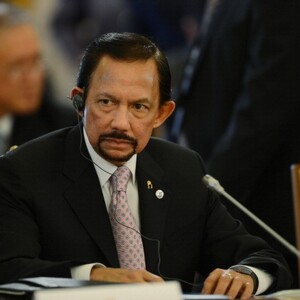