Suleyman Kerimov net worth: Suleyman Kerimov is a Russian-born businessman who has a net worth of $15 billion dollars. Born in Dagestan, USSR, Suleyman Kerimov graduated from Dagestan State University with degrees in Economics and Financial Accounting. He served as the Deputy of the State of Duma, in the lower chamber of Russian Parliament from the late 90s until 2007.

In 2006, he was severely injured in a car accident, which required multiple years of recuperation. A savvy investor and financier, he was part of the group of businessmen who launched Fedprombank in the early 90s. He provided credit to large Russian corporations that were struggling, and then earned massive returns when the Russian economy stabilized. In 2008, he sold the majority of his Russian assets as the Russian economy destabilized. He poured much of his wealth into buying shares in such companies as Morgan Stanley, Goldman Sachs, and Credit Suisse. Unfortunately, these companies ended up incurring large losses when the US economy plummeted, and he lost a significant portion of his wealth. He has since largely recovered, by reinvesting in Russian companies. 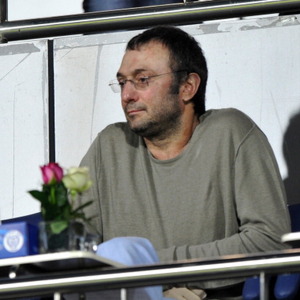