Steven Rales net worth: Steven Rales is an American businessman who has a net worth of $3.6 billion dollars. That net worth makes Steven Rales the richest person in Washington D.C. Steven Rales graduated from Walt Whitman High School in Maryland, and then went on to DePauw University.

He also earned his J.D. from American University in the late 70s. After spending a year working for his father's real estate business, he co-founded Equity Group Holdings with his brother, Mitchell. They purchased a range of smaller businesses that were related to housing construction and parts manufacturing. In 1984, they changed their company's name to Danaher, and he became Chairman of the Board. Since then, the company has continued to expand and diversify. Mr. Rales is now part owner, with his brother, of WTEM, a sports talk radio station, and he owns his own production company, Indian Paintbrush. His production company has produced such films as "The Darjeeling Limited" and "Fantastic Mr. Fox". He has also made significant donations to the Washington Ballet and to DePauw University. 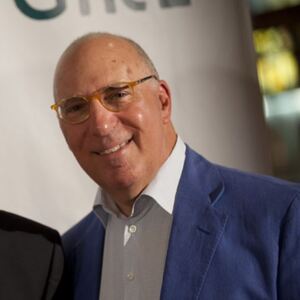