Steven Udvar-Hazy Net Worth: Steven Udvar-Hazy is a Hungarian-born American entrepreneur who has a net worth of $4 billion. Born Steven (Hungarian: István) Ferencz Udvar-Hazy in 1946, in Budapest, Hungary, he is considered to be the godfather of the airplane leasing industry. In order to flee from the Soviet occupation of Hungary, the Udvar-Hazy family came to the USA in 1958. After graduating from University of California, Udvar-Hazy launched his own commuter airline. But struggling to keep on the track, he soon realized that money didn't lay in operating airlines, but in leasing airplanes to airlines.

In 1973, together with two partners, he set up International Lease Finance Corporation. In 1990 he sold the company to insurance giant AIG for $1.2 billion.

In 2010, he founded his second company, Air Lease Corporation. Today Air Lease is publicly traded and has a market cap north of roughly $5 billion.

Real Estate: In 1998 Steven and his wife Christine bought several undeveloped plots of land in the gated community of Beverly Park, located high up in the hills of Beverly Hills. They proceeded to build a 30,000 square-foot mansion which sat in the center of 9 manicured acres. In 2018 the Hazys listed the mansion, which they named "Villa Firenze" for $165 million:

Steven and Christine own two other Beverly Park mansions. They are Mormons and have been described as the wealthiest Mormons in the world. 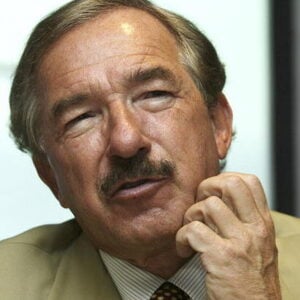