Stephen Rubin Net Worth: Stephen Rubin is a British businessman who has a net worth of $1.5 billion. Stephen Rubin joined the billionaire rankings as Chairman and Co-Owner (along with his family) of Pentland Group, a privately held, global brand management British business that is a holding company for a number of sporting goods enterprises.

Some of the most notable subsidiaries of the sporting goods giant include La Chemise Lacoste, Adidas and Reebok International. Prior to setting up the group, Rubin has served as the World Chairman of Textile Institute from 1994 through 2006; as well as he presided over the World Federation of the Sporting Goods Industry, from 1995 through 1998, and then again from 1999 through 2001. Nowadays, Pentland Group is trading in more than 170 countries outside of United Kingdom and has over 19,000 employees. As for Stephen Rubin's private life, he is married to Angela Rubin with whom he has four children. Three of his children are actively involved in the family business, i.e. they are serving on the board of Pentland Group. 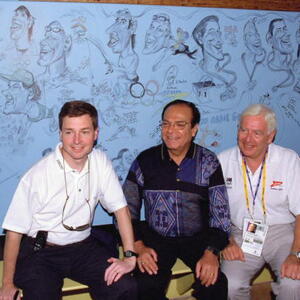